The principle of ultrasonic vibrating rods: Ultrasonic technology is mainly used as a physical means and tool to form a series of conditions close to extreme critical conditions when generating chemical reactions. This energy can not only stimulate chemical reactions, accelerate chemical reaction speed, efficiency, and even It is also possible to change the nature of certain chemical reactions, etc., so that the original chemical composition produces some unexpected effects and functions, which is called sonochemistry. Almost all chemical reactions can use sonochemistry as a physical aid, such as extraction and separation, synthesis, biodiesel production, microbial treatment, degradation of toxic organic pollutants, biodegradation, biological cell comminution, dispersion and condensation, etc. . Therefore, the ultrasonic vibrating rod can not only be used to clean the object, but also peel off the surface of the object, and can further promote the further success of the research.

The following describes the three functions of the ultrasonic vibrating bar.

Ultrasonic extraction: Ultrasonic extraction is mainly based on the existence of the active ingredients and active ingredient groups in the material, the polarity, solubility, etc., a scientific and rational use of ultrasonic vibration to extract new technology, so that the solvent spreads quickly To the various corners of the surface of the solid material, dissolve the organic components contained in the substance as completely as possible into the solvent to obtain a multi-component mixed extract, and then separate the chemical components in the extract by appropriate separation methods. Then, it is refined and purified, and after such an entire process, the final desired monomer chemical composition can be obtained.

Ultrasonic emulsification: phacoemulsification refers to the mixing of two (or more) non-phase solutions under the action of ultrasonic energy to form a dispersion system in which one liquid is evenly distributed in another liquid and then forms a milky liquid. crafting process. The physical mechanism of comminuting insoluble solids (or liquids) is the cavitation of ultrasonic waves. Ultrasonic cavitation effect means that a large number of bubbles will be generated in the liquid under the action of ultrasonic waves. The small bubbles will gradually increase with the ultrasonic vibration, then suddenly blast and split, and tens of thousands of small bubbles will increase again and again. Burst, in the case of rapid collapse, high temperature and high pressure are generated in the bubble, and a strong local oscillation wave is generated in the liquid near the bubble due to the high velocity of the liquid surrounding the bubble, thereby forming a local high temperature and high pressure, thereby generating a local high temperature and high pressure. Ultrasonic pulverization and emulsification.

Features:
1. Ultrasonic cavitation is generated around the vibrating rod, and the ultrasonic energy is distributed very evenly around the rod;
2. The power output of the vibrating bar is not affected by load changes such as liquid level, tank volume and temperature difference, and the power output is stable and uniform;
3, is more than 1.5 times the service life of the traditional ultrasonic vibration plate;
5, the use of tubular vibrators in non-acid liquids below 40 degrees; solid vibrators can be used in any occasion, but the effective length will not exceed 700.
6, sealed waterproof, safe to use. 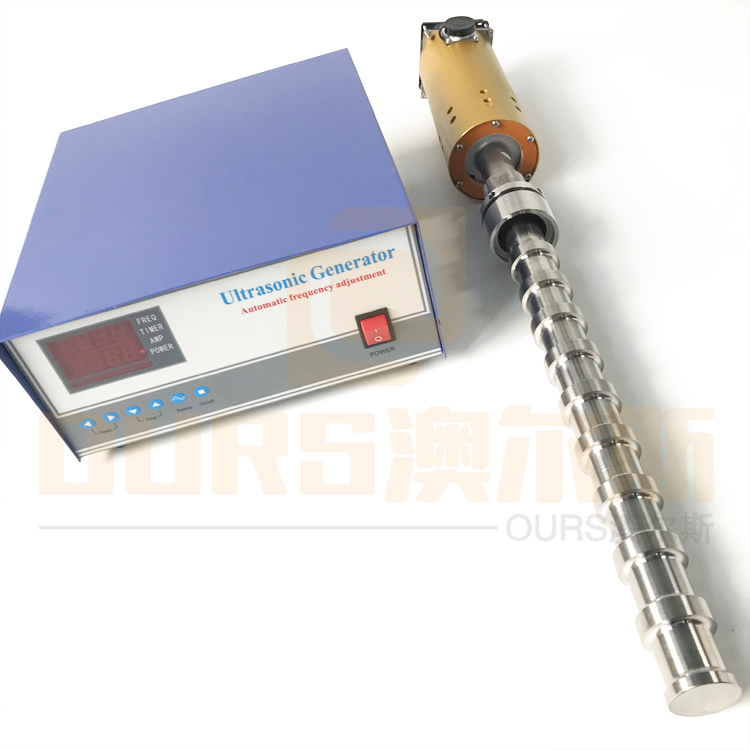 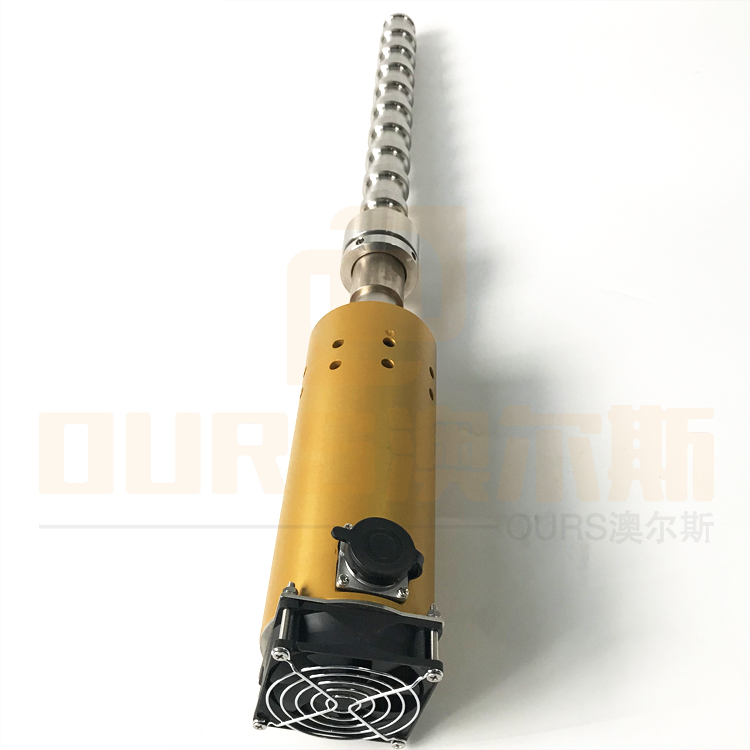